Wow, it’s been awhile since my last update. Things have been a bit hectic as I’ve been preparing not one but three new books! Creephouse Comics is going to have a banner year for releases, but more on that later.

As you know, Teenage Love Zombies is destined to end. That end will happen sometime in July, I’ll post the exact date when it’s closer. TLZ has been going on near four years now. It was always written to end and I can’t believe it’s so close to over. I can’t express how much gratitude I have for everybody who stopped by to check out the comic, share it, write about it, contribute fan art or just say you’re doing a good job. We still have a couple month of TLZ goodness left but if you’ve liked the comic I hope you will check out the new books coming out soon.

First up is my new comic series The Haunter. It won’t be a webcomic but a traditional print and digital single issue comic series. The first issue will be available in June. I made a blog documenting the entire process and development of the first issue. Check out thehauntercomic.com for all the fun.

Secondly, you may also know that TLZ lives under the umbrella of Creephouse Comics, my publishing company with writer extraordinaire William Tooker. While he didn’t write TLZ or The Haunter we do have a couple new books coming out very soon. First up will be the collected anthology Never Send a Monster featuring three tales of all ages horror fun. The next will be Krush McNulty and the Siren Planet, our love letter to pulp sci-fi. Krush will be the first digital only comic from Creephouse. Never Send a Monster will be available in June and Krush will follow later in the summer. For all the details please check out creephousecomics.com

I thoroughly hope you enjoy the rest of Teenage Love Zombies and that you come along for the ride after. It means the world to us!

Never let it be said that we here at Teenage Love Zombies are not the romantic type. In fact we are so romantic we want to spread the love to all of our fans. If you’re looking for that something special or just plum forgot we have you covered. TEENAGE LOVE ZOMBIES VALENTINE’S DAY CARDS:

Just click the image above to get the hi res version, print and give to your special Valentine! Zombification not guaranteed.

This Friday I will be in the fair city of Phoenix for the Amazing Arizona Comic Con right smack in the middle of Artist Alley.  I will have all sorts of Creephouse Comics and TLZ goods for sale and this will be the last time some of these prints will be available.

Next week I will be in Pheonix for the Amazing Arizona Comic Con.  I will be in Artist Alley at table c-26.  This will be my first time at both the con and in Pheonix so if any of you Teenage Love Zombies or Creephouse Comics fans are in that neck of the woods, stop by and chat! 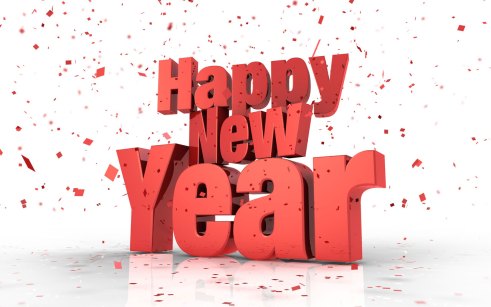 2013 is hours from ending and I wanted to extend a hearty thank you from myself and Teenage Love Zombies for keeping with us the whole year.  2013 was a banner year for TLZ and it was all thanks to you dear readers.  While 2014 will mark the end of TLZ, the comic will still be taking up a good chunk of the new year.  I hope you continue along with the comic until the end later in 2014 and I wish you and yours a happy and healthy 2014!

In case you missed them, over at the main site Creephouse Comics, I posted my favorite metal and non metal albums of the year.  Over here the list making continues!

This is the time for indie creators.  Even though we seem to be getting washed away in the frantic fervor of the nerd storm surrounding these licensed properties, indie creators are really pushing the bounds of comics and doing their best to push the industry in a new direction.  The rise of digital comics and content has been one of my favorite things in the comic industry this year and I hope that it gains more ground in 2014.

Most of these books are available on the awesome Comixology app.  Click the titles to go to where you can purchase them.  If you want the traditional printed versions, well you know how to find them.

The creators behind Edison Rex get what is fun about superhero comics.  Great story, great art, tons of well designed and fun characters.  It isn’t bogged down with continuity garbage, nobody is sulking around, there isn’t any pretentious metaphor going on or some sort of comment on society and none of the heroes are being “re-imagined” for modern audiences.  It’s all ages friendly, the stories are for the most part self contained, it’s high on action and intrigue and it’s intelligently written and handled.  It puts everything done by the Big 2 to shame and proves that superhero comics can still be amazing. As long as the Mignola-verse is in publication it’s going to be on my year end list.  BPRD is consistently amazing even through all the reformatting of the series and constant tie-ins.  Mignola and crew know how to keep a large universe together without letting it spiral out of control and require a relaunch of the thing periodically.  It’s a prime example of how to grow a universe, treat characters and get top notch talent to work on the books.  This year also saw Mignola’s return to art duties on Hellboy so that alone is enough to make it on the year end list.  Not to mention another new original Hellboy graphic novel The Midnight Circus and the awesome Itty Bitty Hellboy title.  Everything Hellboy continues to be great

I was heartbroken when I read the last issue of Lil’ Gotham to find out the series was ending in December.  Lil’ Gotham has been so much fun and exactly what the Batman comics needed, a fresh infusion of fun.  Damian is the star of this book to me and it’s nice to see him continue to shine even though the higher ups at DC decided they needed to violently kill him in the regular Bat books.  The art is incredible and really helps spotlight the characters they featured each issue.  Awesome, stand alone stories with some of the best, all ages takes on the classic Batman family and rogues gallery.  It will be sorely missed in 2014.

Prophet continued its weird Moebius, Dune like sci-fi mind trip this year with some amazing issues.  I love this Prophet series and how it defies conventional comic story telling and just drops you in this world with no explanation.  The use of made up words like they are common place, the grand, epically long time line and the crazy art that makes the whole thing feel like a weird dream.  There hasn’t been a reinventing of characters like this since Alan Moore’s run on Swamp Thing and that is high praise indeed for the Prophet creative team.  It’s slated to end in 2014 and that is a crying shame. 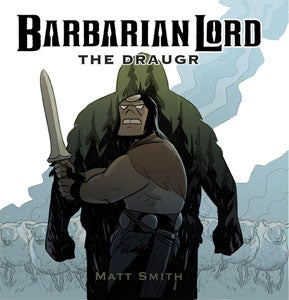 Barbarian Lord is my new favorite comic.  We got one new issue this year and it was amazing like always.  Matt Smith’s art is has that classic Jeff Smith quality to it and works amazing in stark black and white.  The story is steeped in Medieval literature and heavy metal with Matt adding in characters that look awfully familiar to the members of Darkthrone (and his upcoming graphic novel has a character based on the mighty Quarthon!) so how could this book not be right up my alley.  To the best of my knowledge Barbarian Lord in not on Comixology but you can learn all about it and buy some of the books over here.

Princeless is what all, all-ages comics should strive to be.  It’s fun, energetic, smart, well drawn and written and actually has a great take on it’s female lead that isn’t vapid, for looks or a Disney princess cliche.  It doesn’t have to shove it in your face that it has a great, empowering female lead because it’s just a well written story that actually treats it’s lead with respect, like any great story should.

Six Gun Gorilla is the sort of comic that grabbed my attention right from the title.  A gorilla with guns?  Count me in.  What I got was not at all what I expected.  A futuristic story where people volunteer to die fighting a war on another planet so it can be transmitted back to earth for peoples entertainment.  Incredible artwork, great concept and wonderful characters make this a bizarre treat and some of the most fun I had reading comics all year. The Black Beetle is pure pulp comic gloriousness. Francesco Francavilla’s art is amazing and as a story teller, very few are coming close to what he is doing.  The color scheme, the way the panels interact with each other, the mystery, the intrigue.  Comics should be this good all the time.  I can’t wait for more Beetle in 2014.  On a side note, Francesco Francavilla is rocking it on Life After Archie, the zombie Archie comic out now.

I was ready to dismiss The Wake after reading the first six issues as just another Alien rip off.  Of course the art is amazing as all of Sean Murphy’s work is and there is some cool background info going on, but then I got to the end of the 5th issue.  Oh wow, I won’t spoil it but I think The Wake is going to be a strong contender for the best of list for 2014 when the series picks back up.  Also if you haven’t yet, check out Murphy’s Punk Rock Jesus.

Batman 66 was a revelations this year.  The first couple issues were so much comic fun and a shining example of how great digital comics can be.  The guided motion effect wasn’t overdone and helped to move the story logically while helping to keep that old 66 TV show feel and humor.  The issues where the motion guide isn’t present suffer severely for it.  Comics should be fun and this is the example to follow.